when sam fender announced a few months back that he’d be bringing the hypersonic missiles tour stateside, i knew i’d have to go to as many dates as i could. initially i’d planned on seeing him the last four shows of tour, but once those were cancelled, i pushed all of my energy onto his sold out show in new york. back in march, he’d played the 250-capacity rough trade, and i was certain that with his career skyrocketing, he’d be playing much bigger venues, but the bowery ballroom is only 575-cap, making for a beautiful, sweaty, intimate night of music.

i drove down to new jersey to catch the train into penn station. i’m normally a fan of getting to gigs as early as possible so i can be as close as possible, but because i worked all day, took the train in, and had to take the subway 15 minutes south to bowery, i arrived at the venue literally three minutes before doors. despite this, the line was still fairly short, and if i hadn’t seen the three limited pressing 7″ singles sitting on the merch table, i would’ve been at least second row. instead, i sacrificed my spot in line to take cash out and grab them (and a nice cozy shirt i haven’t taken off since thursday, oops) seeing as i had no clue when the next opportunity to buy them would be, but it was worth it. 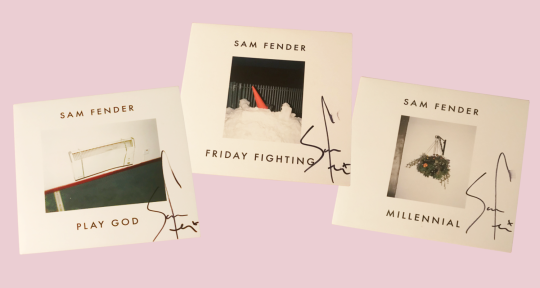 sam’s opener was a spitfire songstress named noël wells and her band. born in san antonio but splitting her time between los angeles and new york city, noël captured the crowd with her enigmatic presence and her rainbow, glittery cape. she played about six songs, mostly tracks off of her debut album, it’s so nice!, and an incredible mash-up of “all-star” by smash mouth and one of her own songs.

at 9pm sharp, the lights went off and sam’s band filed out from the door that led backstage. it seemed like everyone in the room held their breath, waiting for sam himself to step out. he did, getting the first few words of “millenial” out before he ran back off stage, having, in typical sam fender fashion, forgotten his mic pack.

he opened with “millenial,” blowing the crowd away immediately with the sheer power of his voice - i have never experienced an artist who sounds better live than they do on their record. it’s unimaginable. any questions about how his voice was doing post-respiratory-tract-infection were squashed then and there.

sam couldn’t keep the smile off of his face after the first song of the show, grinning ear to ear as the nearly 600 people who’d showed up to see him cheered him on endlessly. his hit (and my favorite song of his) “will we talk?” was next, followed by an unreleased track titled “all is on my side,” that an incredible majority of the crowd knew all of the words to.

sam then brought absolute legend "blue lou” marini out with him to play saxophone on “the borders” (he came back out for “hypersonic missiles” as well, which was nothing short of a religious experience) as sam’s touring saxophone player was unable to make the show. “the borders” live was unlike anything i’d ever seen before. there was so much emotion and will in sam’s entire performance, but during the six minutes of this song, something changed in him. something became even more charged. it was powerful and empowering.

the song i couldn’t wait to hear live was “dead boys,” mainly because i couldn’t wait to have a good cry, but also because 1:45-2:08 are my favorite twenty seconds of music ever. and sam delivered - not a soul was standing still during this part of his show. 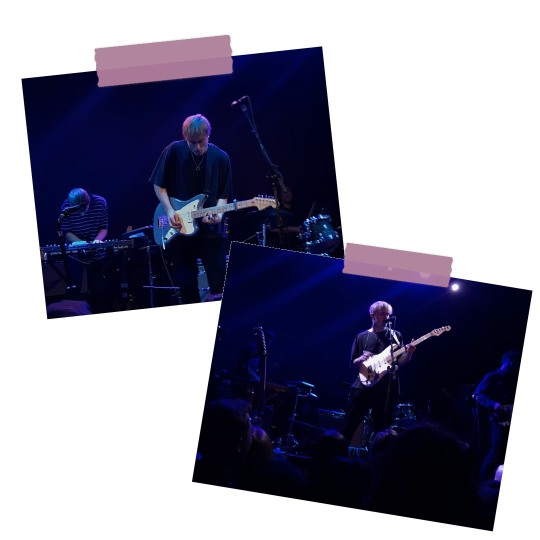 after playing “spice,” “play god,” and “hypersonic missiles” with the full band, sam kicked his mates off of the stage to spend some time with his guitar and the crowd, launching this next segment of his set with “leave fast,” a song about getting out of your hometown before you become one of the old men sitting in a pub all day, drinking your life away. “white privilege” was so heart-rendering and soulful, just sam and his jazzmaster, another opportunity for him to show off the sheer force of his voice.

"two people” made its live debut at this show, but sam required assistance from the crowd, saying, “you know, i would love to play ‘two people,’ but the problem that i’ve got right now, is that i wrote that song five years ago...and i’m actually scared that i don’t even know the lyrics.” per fan request, he also took on the task of playing “call me lover,” another he’d written when he was 19.

sam finished the show with “that sound,” one of my favorite songs of his, and with an absolutely unstoppable cover of oasis’s “morning glory.” there were quite a few brits in the crowd that night, and they all started a massive pit to this song, and it was one of the most magical things i’ve ever had the pleasure of being a part of.

the band working alongside the project’s namesake are just as incredible as he is, bringing an energy to the stage that plays off of sam’s and makes the environment such an enjoyable one. aside from sam himself, the band is dean edward thompson on lead guitar; drew michael on drums; joe atkinson on backing guitar, synth, and keys; and tom ungerer on bass guitar. i’ll never forget the looks on all of their faces when we were singing the lyrics back to them, or how rowdy joe gets in the back corner of the stage, or the sheer force with which drew beats the everliving daylights out of his drumkit. it’s all infectious.

sam was kind enough to spend a bit of time with us after the show (despite us practically raiding the venue’s bar - i still feel bad for how frantic the bowery’s manager was to get us out, sorry about that) and for that i’ll be forever grateful. i can’t wait for him to have time to schedule some more shows this side of the atlantic - i’ll drop everything to go to at least four. he also dropped the “i’m recording my second album in new york in february” bomb on us, so hopefully he’ll get some rest after the european leg of the hypersonic missiles tour (he’s been touring nonstop since 2017, practically, the boy deserves some time off) and he’ll be back at it to promote sf2.

SHOW GALLERY + RECAP: Friedberg and Hot Chip Blow the Roof Off of House of Blues in Boston, MA

SHOW GALLERY + RECAP: alt-J, Portugal. The Man close out US leg of “The Dream” tour in Boston, MA